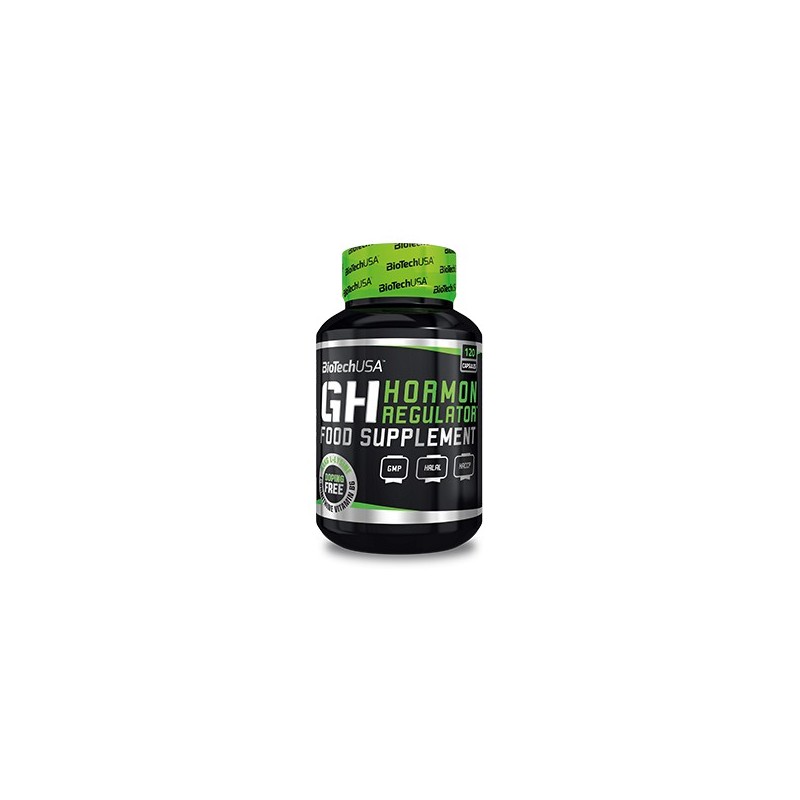 Growth hormone, or GH for short, is a protein that consists of 191 amino acids, produced in the anterior pituitary gland. One of its characteristic functions is that it contributes to body growth during adolescence.

Growth hormone, or GH for short, is a protein that consists of 191 amino acids, produced in the anterior pituitary gland. One of its characteristic functions is that it contributes to body growth during adolescence. The release of GH, produced during sleep, is regulated by the hypothalamus. Since it stimulates protein synthesis and breaks down fat reserves, it should definitely be considered a hormone of “positive” effect. Year by year from around the age of 35–40, muscle mass gradually decreases, at the same time, however, the fat content of our body grows. This process can be attributed to the highly reduced GH levels. The most effective and safest way to increase the level of this hormone is, therefore, to enhance its production in the body.

GH Hormone Regulator contains arginine alpha-ketoglutarate (AAKG) and L-ornithine hydrochloride as a source of L-arginine amino acid and L-ornithine, in a ratio of 2:1, respectively. It’s a formula made complete with L-lysine amino acid and vitamin B6. Vitamin B6 contributes to the reduction of tiredness and fatigue, as well as to the regulation of hormonal activity. It also helps in normal protein and glycogen metabolism, and in maintaining normal psychological function.

We recommend GH Hormone Regulator both for men and women if:

Why are amino acids useful?

Amino acids are the building blocks of one of our fundamental nutrients, proteins, commonly found everywhere in the human body. There are some amino acids which the human body is capable of producing (non-essential amino acids), whereas the amino acids that belong to the other group (essential amino acids) are taken in with food. From among all the different amino acids, only 20 contributes to shaping the structure of proteins. Amino acids are vital to all bodily functions such as digestion, liver function or wound healing. Amino acids maintain skin, ligaments, muscles, tendons, internal organs, glands, hair and nails. They also contribute to the production of hormones, as well as neurotransmitting substances and enzymes. Besides, they are also an important external source of energy.